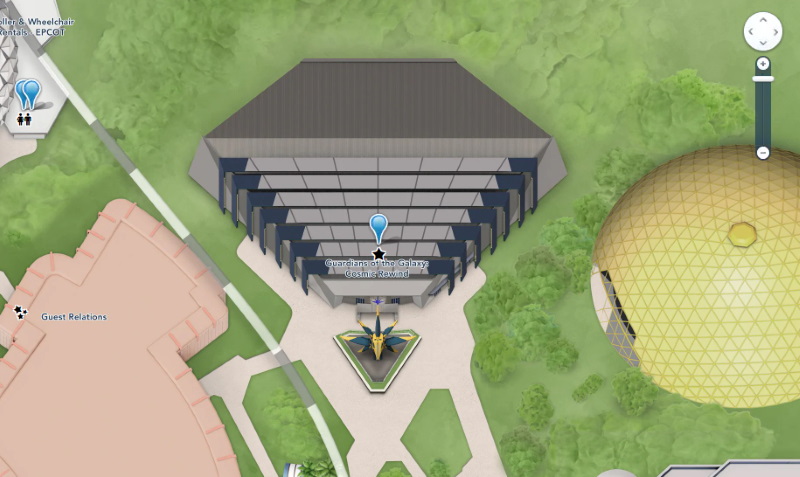 Map of Epcot Updated with Guardians of the Galaxy: Cosmic Rewind and Modified ‘Harmonious’ Barges

First, Guardians of the Galaxy: Cosmic Rewind has been updated and the Nova Corps Starblaster ship can be spotted in front of the building.

We’re a little bummed Disney didn’t include the ride’s second massive building on the map. That blue/green box is impossible to miss around Epcot.

Looking at World Showcase Lagoon, the barges for the nighttime show Harmonious have also been updated. The barges no longer look like fountains and it appears that planned functionality has been cancelled.

Check out how the barges looked like on the map before: It looks like Disney is giving up on the Harmonious barges being fountains during the day. The fountains were a feature Disney promoted quite a bit ahead of Harmonious debuting. Here’s an article on the barge fountains from November 2020.

Disney said in September 2021 they were “still working on” the daytime appearance of the barges. The show made its eventual debut in October 2021 and the daytime fountains were never regularly turned on.

The fountains were supposed to help conceal all the equipment and make the view across World Showcase Lagoon a bit more pleasant. Based on the testing, the daytime fountain concept was doomed to fail. Not only did it do little to hide what some guests describe as Epcot’s oil rig or its Stargate, the constant water beating down on all the lights and screens would’ve been a maintenance nightmare.

Disney appears to be moving forward with the idea that a screen graphic is as good as it gets for the Harmonious barges during the day.