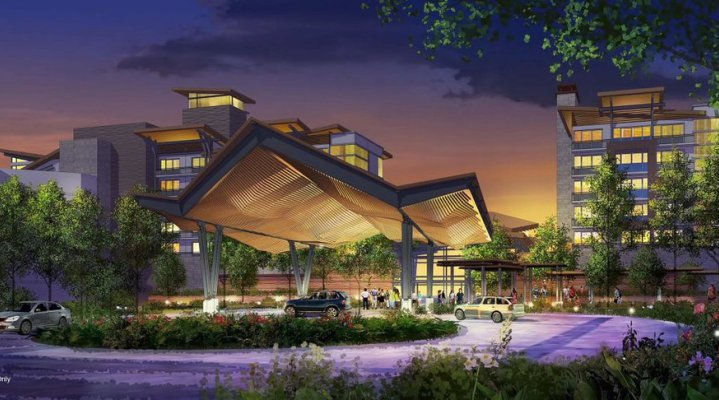 Rumor: Reflections – A Disney Lakeside Lodge may be delayed indefinitely

The Walt Disney Company stated during their recent earnings call that they intend to reduce their capital expenditures by $900 million during the 2020 fiscal year in response to the COVID-19 health crisis. They plan to reach this goal by pausing construction and refurbishment projects around their theme parks and resorts. Will this lead to a significant delay or even a complete postponement of Reflections – A Disney Lakeside Lodge?

The last time we talked about Reflections – A Disney Lakeside Lodge was in early April 2020 when new permits were filed for the project. The permits would allow crews to pick work back up as soon as construction resumes at Walt Disney World. But, since then Disney has been closely examining all of their projects to try and find ways to save money.

The Reflections project is an easy one to halt as construction has yet to go vertical as of the date of this article. Aerial images show that the land has been cleared and prepared for construction, but halting work would mostly just leave an empty plot of land.

Aerial overview of Reflections: A Disney Lakeside Lodge. Notice how the former River Country inlet has been filled in. (Compare to Google Maps.) pic.twitter.com/lORscUPCeM

This area was previously home to the abandoned River Country water park. Putting Reflections on the shelf for now wouldn’t leave the area any worse than it was, especially with it being out of sight for most guests.

Various insiders have stated that Disney is currently reviewing all of their current construction projects with a close eye on saving money during turbulent financial times. Projects such as the Star Wars Hotel have already been rumored to be on hold until the economy stabilizes.

Beyond just cutting expenses, Disney will need to evaluate the market to determine if there will even be a demand for DVC and deluxe resort accommodations in the near future to justify new resorts. They may decide to wait on completing these two resort projects until the economy stabilizes and the demand for pricey deluxe accommodations grows again.

Stay tuned. Every project is subject to change during these unprecedented times and Disney may alter their plans on a regular basis.